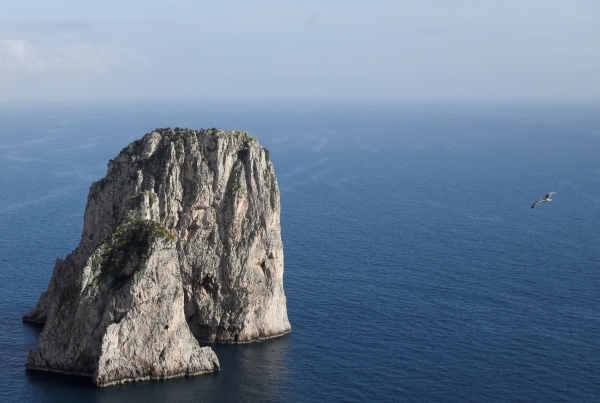 Speaking at the One Ocean Summit, Ursula von der Leyen, President of the European Commission, said: “Our mission to protect the ocean needs to be as big as our shared responsibility. That is why we have come to Brest today to join forces and turn the tide. Europe can make a huge contribution, as a maritime power. But only together can we step up protection and let our oceans teem with life again.”

Protection of marine biodiversity and resources

At the summit, President von der Leyen launched today the high-ambition coalition on Biodiversity Beyond National Jurisdiction (BBNJ). The initiative underlines the EU’s role as the leading actor on global marine conservation. Areas beyond national jurisdiction represent 95% of the ocean and their biodiversity provides invaluable ecological and socio-economic benefits to humanity. However, these vast areas are increasingly vulnerable to threats, including pollution, overexploitation, and the impacts of climate change. Ongoing United Nations negotiations provide a once-in-a-generation opportunity, and the EU is working hard to reach an agreement in 2022.

The Coalition brings together those who, like the EU and its member states, strive for an ambitious UN Treaty on BBNJ conservation.

The EU’s long-standing zero-tolerance towards illegal, unreported and unregulated (IUU) fishing is another cornerstone of the EU’s ambitious policy for sustainable management of marine resources. IUU is a grave threat to the world’s fish stocks, pushing some to the brink of collapse. Since 2010, the EU has therefore implemented a set of measures to prevent, deter and eliminate IUU. Under these rules, the EU works with countries worldwide to promote the fight against IUU and blocks such products from entering the EU market. The EU also relies on the support of the European Fisheries Control Agency (EFCA) to ensure the compliance of its own fleet through laws applicable to the Member States’ control authorities. The EU is not only leading by example, but also provides financial support through regional programmes that promote sustainable fisheries.

Pollution, in particular from plastics, is also a major threat to the ocean’s health, at both global and European level and the EU is acting towards a vision of a clean ocean. In addressing plastic pollution, the EU has two main priorities: decreasing plastic pollution and accelerating the transition to a circular economy. The Single Use Plastics (SUP) Directive, in force since 2021, sets rules for the phasing out of many frequently wasted plastic items and the collection of lost at sea fishing gear. The legislation is a landmark step towards ending marine litter within the EU. Moreover, the EU is a strong advocate of an international agreement on plastics and is working towards establishing a Committee for a global agreement at the UN Environment Assembly in February this year. This is the only effective, long-term response to the global problem of marine litter. The EU is also actively raising public awareness, thus building momentum for action against marine litter. Together with the UN and a number of civil society organisations, the EU organises #EUBeachCleanup — a global ocean-activism campaign, which every year mobilises tens of thousands of volunteers in removing litter from beaches and inland waterways.

An ocean of solutions for climate change

Achieving carbon neutrality also means a transition towards zero-emission maritime transport. The sector is the backbone of global trade and supply chains, but it still relies almost entirely on carbon-intensive fuels. The Fuel-EU Maritime Proposal introduces a fuel standard limiting their greenhouse gas intensity, and the Alternative Fuels Infrastructure Regulation aims at providing adequate energy infrastructure at ports, in support of the obligation to connect to onshore power supply or use zero-emission technologies while at berth. The extension of the EU Emission Trading System (ETS) to the maritime sector will put emissions from shipping under the general cap and create a price signal to further drive decarbonisation. The EU ambition does not stop at the borders of the Union as it is leading negotiations at the International Maritime Organization (IMO) with a view to finding agreement on the target of zero-emission shipping by 2050. Greening of maritime transport is also a priority in EU funding programmes, such as the € 1.5 billion already invested from the Connecting Europe Facility, and Horizon Europe, through i.a. the Waterborne Partnership (more than € 500 million).

The EU is also putting science and technology at the heart of ocean preservation. “Missions” are a new EU approach to tackle major societal challenges, providing a critical mass of resources for focused research. The Mission “Restore our Ocean and Waters by 2030” aims to ensure that the ocean plays a central role in meeting the 2030 targets of the European Green Deal. It will support big innovation projects — “lighthouses” — aimed at developing and testing solutions in support of protecting 30% of the EU’s sea area, restoring marine and waterway ecosystems, reducing plastic litter at sea, nutrient losses and use of chemical pesticides by 50%, and making the blue economy climate-neutral and circular.

Launched by President von der Leyen during the One Ocean Summit, a digital ocean platform – the European Digital Twin Ocean – will be developed under this Mission and will place the EU as a digital champion for the ocean. Based on observations, models and the latest technological advances, the Digital Twin Ocean is a computing environment, which will allow the assessment of different scenarios, advancing the understanding of the marine environment and providing knowledge-based input to decision-making. The Digital Twin Ocean will ensure open and unrestricted access to marine data, cover knowledge gaps and foster integration of existing forecasting and modelling applications at EU level.

The research on oceans does not end there. We also need ocean literacy which will support the development of wider awareness and knowledge and create opportunities to put new knowledge into practice. The EU is working to enhance ocean literacy by education and investing in research, and the EU4Ocean coalition is one such example. This bottom-up inclusive initiative brings together different partners to share knowledge and improve oceans literacy and the sustainable management of the ocean.

The ocean is of vital importance to current and future generations. Having the largest maritime space in the world, the EU takes responsibility for protecting it; as the largest market for seafood products, it leads the effort in preserving its resources; and as a major world economy, the EU takes the opportunity to develop ocean-centred sustainable and circular solutions.

The EU’s ocean conservation efforts are integral to the European Green Deal, which aims at building the world’s first carbon-neutral economy by 2050 and halting biodiversity loss.