Andrew’s settlement with Virginia Giuffre likely to cost him $10m 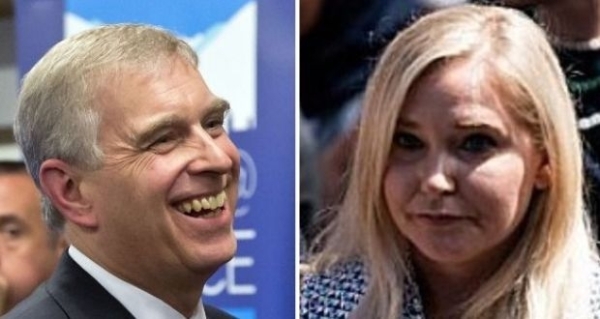 The weakness of Prince Andrew’s legal position and fears over his own performance on the witness stand left his legal team with few options other than reaching a settlement with Virginia Giuffre that is likely to cost him $10 million (€9 million) or more, according to several international lawyers.

Ann Olivarius, the senior partner of the McAllister Olivarius law firm who has acted in cases on both sides of the Atlantic, said she expected Andrew’s settlement to be worth at least £10 million, based on previous cases settled with wealthy individuals.

“You can anticipate this would be probably in excess of £10 million, even £20 million perhaps. I don’t know what it is for a fact but as someone who does these agreements all the time it could easily be up there. And frankly it could be far higher.”

Mark Stephens, an international lawyer at Howard Kennedy and expert in reputation management, said he expected Prince Andrew’s settlement to reach about $10 million after paying for his own legal fees, using the proceeds from the prince’s recent sale of a Swiss chalet, initially valued at $25 million but which Stephens believes was sold for a “fire sale” $18 million.

The prince’s Newsnight interview with Emily Maitlis also pointed to how he would struggle to cope during close questioning about his deposition. Under cross-examination, the prince would have been quizzed about what he saw or experienced during his friendship with the convicted sex offender Jeffrey Epstein. None of which would have been easy for him or for the royal family.

Mr Stephens said that within the “careful diplomatic language” in the settlement document, Andrew had managed to avoid confirming allegations that he was aware that Giuffre had been sexually trafficked, allowing him to avoid further disgrace during the Queen’s jubilee if proceedings had dragged on throughout the year before a possible court appearance in December.

“Essentially he knows he’s being consigned to a metaphorical tower at Balmoral, but he’s avoided all the gory details coming out during the Queen’s jubilee year,” said Mr Stephens.

Nick Goldstone, head of dispute resolution at Ince Gordon Dadds, agreed the settlement could “quite easily” run into many millions of dollars on top of Ms Giuffre’s legal costs.

“The damages and the ‘substantial’ charitable donation should surely be in the millions of dollars on their own. The prince’s legal costs will be enormous too,” said Mr Goldstone.

He thought the result would come as a “huge relief” for the royal family as an institution.

“In terms of the court of public opinion this looks like an admission of bad conduct on the part of Andrew and I suspect he will remain ‘off stage’ from the royal family for the rest of his life,” said Mr Goldstone.

Ms Olivarius said that it made sense for all the parties to settle, and that Ms Giuffre had got everything she said she had wanted from the proceedings.

The prince has insisted he had never met Ms Guiffre, and his lawyers had suggested the claim she had brought was “baseless” and was designed to win her a “pay day”.

Yet the agreed statement between the parties published on Tuesday included this key passage: “Prince Andrew has never intended to malign Ms Giuffre’s character, and he accepts that she has suffered both as an established victim of abuse and as a result of unfair public attacks.”