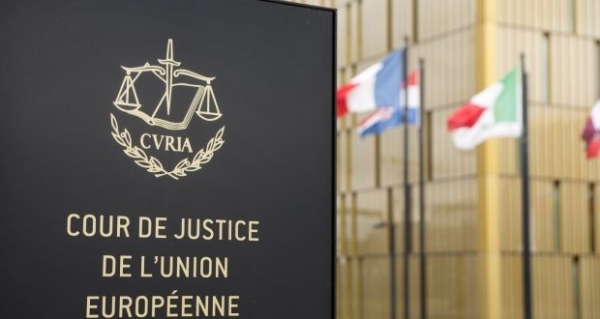 Poland and Hungary had challenged the so-called conditionality mechanism, which makes receipt of EU funding conditional on the recipient continuing to respect the rule of law and other principles in the European treaties. Photograph: iStock

Poland has accused Europe’s highest court of “blackmail” for backing measures to freeze funding to countries that breach key principles of EU membership.

On Wednesday the Court of Justice of the European Union (ECJ) dismissed a challenge by Poland and Hungary to the so-called conditionality mechanism. This makes receipt of EU funding conditional on the recipient continuing to respect the rule of law as laid down in the European treaties.

Warsaw and Hungary challenged the mechanism, which is in place since January 2021, as an illegal impediment to billions in funding to which they are entitled.

But the ECJ struck down their complaints in their entirety, saying the mechanism was compatible with EU law once its use was clearly linked to concerns about the EU budget.

After the ruling, which cannot be appealed, Polish justice minister Zbigniew Ziobro insisted “this was not the end” of Warsaw’s battle against the EU’s demonstration of a “brutal” power grab of national sovereignty.

“This is a historical moment when the EU changes from an area of freedom into an area where illegal violence may be perpetrated in order to strip the member countries of freedom and restrict their sovereignty,” he said.

In its ruling the court said that the union’s existence depended on member states trusting each other to adhere to core values, including the rule of law – the use of clear laws to restrict arbitrary use of power.

“Compliance with those values cannot be reduced to an obligation which a candidate state must meet in order to accede to the European Union and which it may disregard after accession,” it ruled.

For years, Brussels has warned populist governments in Hungary and Warsaw that far-reaching reforms – of courts, media and other areas of public life – are at odds with EU law.

The European Commission takes issue with Hungarian public procurement and corruption cases while in Poland it fears that judicial reforms have undermined the political independence of judges.

Poland and Hungary have consistently rejected EU warnings as inadmissable interferences in their sovereignty. Hungary’s justice minister Judit Varga called it “a politically motivated judgment” and “living proof that Brussels is abusing its power”.

In Warsaw, Mr Ziobro asked the constitutional court to issue its own statement on the ECJ ruling – but the court has postponed a ruling indefinitely.

The timing of the ruling has immediate legal and political consequences, given national elections in Hungary are just six weeks away. In Poland, with parliamentary elections due next year, the government was counting on €36 billion in frozen EU funds to bankroll its multibillion-euro national recovery plan.

The conditionality mechanism arose after past efforts by other EU member states to take action against Poland and Hungary – requiring a unanimous European Council vote – were blocked by the two governments’ mutual support for each other.

“Today’s judgments confirm that we are on the right track,” she said.

After years of legal and political wrangling, Polish analysts have urged the commission to act swiftly – and fully – to push EU leaders for action.

“Key decisions regarding Poland’s judiciary need to – and can – be taken very soon, the commission needs to clearly communicate it will not accept a fudge,” said Piotr Buras, Warsaw head of the European Council on Foreign Relations.

Hours after Wednesday’s ruling the European public prosecutor sent a letter to the European Commission, asking it to activate the conditionality mechanism. It cited Warsaw’s refusal to co-operate in 23 ongoing cross-border investigations, the highest number of any member state.