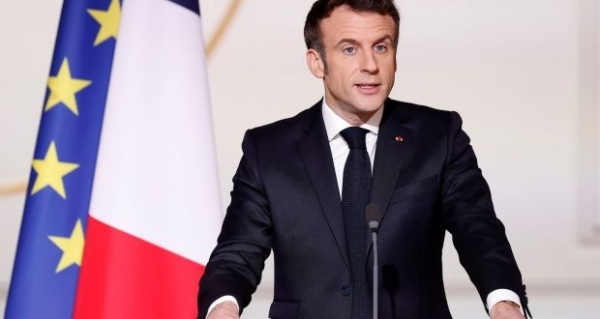 French President Emmanuel Macron is determined not to replicate the US rout from Afghanistan last August. Photograph: Ian Langsdon/AP

President Emmanuel Macron bridled when a journalist asked him if France’s departure from Mali signified failure. Absolutely not, Macron said. “What would have happened in 2013 if France had not intervened? You would have seen the collapse of the Malian state, or even partition and the establishment of a califate.”

Yet Macron’s announcement on Thursday that France and its European partners will within six months leave Mali, in the Sahel region of Africa, was widely described as a fiasco.

The defence expert Jean-Dominique Merchet offered a different vision of what Macron euphemistically labelled “the evolution of the modalities of our action in the Sahel” on France Inter radio.

“These are wars that France and the West no longer win,” Merchet said. “We lost the war against terrorism in Mali, and when you lose a war, you have no choice but to stop. Today, the question facing us is how do we prevent the terrorists going to Abidjan or Dakar. The threat is moving more to the south and east.”

Macron is determined not to replicate the US rout from Afghanistan last August. He stressed that the French and European departure will be co-ordinated with neighbouring African countries and the UN force Minusma, whose 13,000 peacekeepers will remain in Mali for the time being.

Pierre Haski, a radio commentator on international affairs, said that for the last 20 years, “All the main western military interventions have failed: Afghanistan, Iraq, Libya, Mali.” Haski quoted French colonel Michel Goya, who wrote in a recently published book, “The days are over when a state in disfavour was crushed under a carpet of American and French bombs before the arrival of an occupation force.”

The Irish Defence Forces have 34 soldiers in Mali at present, 20 with the EU Training Mission and 14 with Minusma. “Any decision to withdraw from either mission is solely a matter for Government,” the Defence Forces press office said.

Macron said the 2,400 French troops in Operation Barkhane – as the French-led mission in the Sahel is known – and supporting EU forces will relocate to neighbouring Niger. The 14 Irish soldiers in Minusma serve with a German surveillance and reconnaissance task force. Their contribution is scheduled to end next September.

When then president François Hollande dispatched French troops to Mali nine years ago, they were welcomed as liberators. Fifty-three French soldiers have since lost their lives there. Since 2015, more than 23,500 Africans have been killed in Mali, Burkina Faso and Niger, the three Sahel countries most affected by the jihadist insurgency; 10,200 died in Mali.

The deterioration of France’s relations with Mali’s rulers since coups in 2020 and 2021 is the main reason for the pull-out. “We cannot stay engaged militarily alongside de facto authorities whose strategy and hidden objectives we do not share,” Macron said on Thursday.

Mali’s former president, Ibrahim Boubacar Keita, was overthrown by a junta led by Col Assimi Assimi Goïta in August 2020. Goïta tried to reassure foreign powers by appointing a transitional president and prime minister, but then had both men arrested the following May. Macron said then that France “would not stand beside a country where there is no longer any democratic legitimacy or transition”.

French defence minister Florence Parly accused the Malian government of hypocrisy, bad faith and indecency, and of “wiping their feet on the blood of French soldiers”.

In December, the junta welcomed close to 1,000 Russian mercenaries from the private security company Wagner. French liaison officers were repeatedly asked to absent themselves so that Malian officers could speak with Russian advisers in private, Le Monde reported.

Last Month, Le Drian said the junta was “illegitimate” and “out of control”. On January 31st, Mali expelled the French ambassador, Joël Meyer.

Popular myths took hold and public opinion in Mali turned against France. Many Malians believe that the goal of the Nato intervention in Libya, which overthrew Muammar Gadafy and destabilised the Sahel region, was to enable France to seize alleged mineral wealth in northern Mali.

France is accused of supporting Touareg separatists in the north. Another unfounded belief says that if France, with all its military hardware, cannot defeat jihadists on motorcycles, it’s because Paris secretly colludes with the Islamists. And some Malians accuse France of double standards, because it supports Mahamat Déby, who took over as president of Chad when his father Idriss, a French ally for 20 years, died in April 2021.