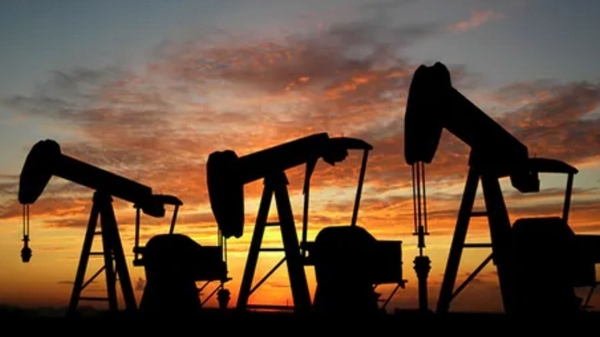 Against the backdrop of worries over a new kind of Omicron COVID-19 and an attenuation of energy problem that boosted oil demand due to a gas-to-oil shift, spot crude oil prices slipped in November. The OPEC Reference Basket (ORB) slipped 2.1% that is US$1.74 in November to US$80.37/b on average as prices fell for nearly all medium and high sulfur fractions in America, Europe and Asia.

In December 2021, it tued out that the November collapse in oil prices was just a temporary correction. According to the results of December last year, the price of Brent oil rose by 13.3%, to $77.72 per barrel, and during the month periodically rose again to $80 per barrel. The price of Texas WTI crude in December rose slightly more than Brent, rising by 14.8% and falling to $75.01 per barrel.

The rise in prices was influenced by an unusually cold December in Europe and the United States, which increased energy demand, as well as easing fears about the Omicron strain of coronavirus, which, although it tued out to be more contagious than many of the already known variants, is not as dangerous to human health as that terrorized mankind in the spring and summer of last year, the Delta strain.

The results of 2021 for the oil market tued out to be optimistic. The price of Brent increased by 38.7% over the year, and the price of WTI by 42.7%, and the oil market owes such positive dynamics primarily to the mass vaccination of the Earth's population against coronavirus and the gradual recovery in demand for oil.

In December, the Inteational Energy Agency published a forecast for global oil demand growth of 5.4 million barrels per day by the end of 2021, which was associated with a relative recovery in air travel and tourism, as well as the absence in 2021 of such large-scale restrictions on the global economy as were a year earlier.

EU economic growth in 2021 has been revised down from 5% to 5.1% following stronger-than-expected GDP growth in the third quarter of 2021. However, given the resurgence of COVID-19 infections in the euro area, the GDP growth forecast for 2022 remains unchanged.

The forecast for Japan was slightly lowered to 2.5% from 2.6% in the previous month, taking into account the easing dynamics in the third quarter of this year. The GDP growth forecast for 2022 remains unchanged at 2%. China's economy is expected to reach 8.3% in 2021 and 5.8% in 2022, unchanged from the previous month, but problems in the economy point to growing downside risk.

Russia's GDP growth forecast for 2021 remains at 4% and 2.7% for 2022. Among the various challenges facing the global economic recovery, COVID-19 is expected to remain the dominant factor in the northe hemisphere winter season.

The latest data on inflation in the US and the Eurozone does not speak of an imminent improvement in the situation. It is also necessary to closely monitor the dynamics of producer prices in Asian countries. Both India and China, as well as Japan, experienced sharp increases in producer prices, while consumer inflation remained robust. These higher producer price levels could also push up consumer prices, but with some delay.

The recovery of global oil demand, as well as the regulation of the oil market by OPEC +, has become the most important driver of oil price growth in 2021. Since August last year, OPEC+ began to gradually increase oil production by 400,000 b/day every month, but this increase, with a sharply growing demand, could not contain the increase in oil prices in October and December 2021.

Events in Kazakhstan, which is a member of the OPEC+ agreement, became an additional driver of oil price growth in early January 2022, and although oil and gas production at the enterprises of the state company KazMunayGas did not stop during the unrest, oil production was reduced by foreign companies operating in Kazakhstan and joint ventures.

From October 2021, commercial oil inventories in the US and other OECD countries began to decline, and by December they were already 243 million barrels below the average for the past five years, which also contributed to the growth in prices for black gold.

Nevertheless, both the Inteational Energy Agency and OPEC believe that in 2022 there may be a supply surplus in the oil market, which will be largely facilitated by the growth of oil production in the United States, as well as in Canada and Brazil, which do not participate in OPEC+. In 2022, demand growth is expected to be slightly less than in 2021, with demand estimated to increase by only 3.3 million b/d, according to the agency.

In early January, the ministers of the OPEC+ member countries at a regular meeting agreed to extend the existing oil production quotas, which implies an increase in oil production in February by another 400,000 bpd. This decision was primarily because OPEC + does not believe that the new Omicron strain is capable of greatly undermining oil demand at the beginning of 2022, however, they do not exclude the possibility of an oil surplus in the first half of 2022, and in this case, the oil alliance will act according to circumstances.

Earlier, WHO Director-General Tedros Ghebreyesus said that Omicron, according to the organization, is less dangerous to humanity than previous strains of Covid-19, although this does not mean that it does not pose a danger at all. Oil prices in the first week of the new 2022 reacted with growth to the OPEC + decision and the calming statements of the WHO leadership.

Meanwhile, back in November, Bloomberg predicted that China would soon take the world's first place in oil refining from the United States. America has been the undisputed leader in this sector since the beginning of the oil era. However, in 2021, China will take this position. The change of leader will occur, among other things, since four refineries are currently being built in China. US refineries, on the other hand, are shutting down.

Spot freight rates for Aframax and Suezmax class tankers, after a long decline since mid-2020, rebounded from the minimum levels in October and began to grow, the upward movement will continue in the fourth quarter, investment bank analysts and market participants believe.

The increase in spot freight rates at the beginning of the fourth quarter was driven by an increase in deliveries by OPEC+ countries against the backdrop of a recovery in oil demand, which was somewhat weakened due to the spread of a new delta strain. The current global energy crisis and rising gas and coal prices will boost oil demand in the coming months.

According to market participants, the low level of orders for the construction of a new fleet and a large percentage of the recycling of old ships also contribute to the continuation of the trend of recovery in spot freight rates.

At the end of November 2021, oil prices collapsed by 20% in one trade due to fears that the latest version of COVID-19 will weaken demand and, accordingly, limit the volume of shipments of oil and oil products. The upside of falling crude oil prices is that it could spur a surge in Chinese purchases, which will benefit owners of large tankers.

In the second half of 2021, the world's largest importer of black gold reduced exteal purchases and relied on domestic stocks. Amid the highest prices in seven years, China's crude oil imports fell 13.8% year-on-year from July to September.

The Delta coronavirus variant has already been behind sluggish global demand for jet fuel, which has lagged the recovery seen for other transportation fuels, with all transportation fuels collectively accounting for about 62% of oil consumption. In its November monthly report, the Inteational Energy Agency (IEA) lowered forecasts for jet fuel and kerosene, noting that by the end of 2022 demand for it will still be 20% below pre-coronavirus levels.

The Omicron variant would reduce demand growth by 3.5 mb/d. (b/s), which was originally projected by the IEA. But even without these changes, the total of 99.6 million b/d is still about 300,000 b/d below pre-pandemic levels. The trajectory of oil prices, the speed with which OPEC brings further oil production back to the market, refinery margins and nuclear talks with Iran will also affect the volumes of crude oil and oil products available for tanker transportation.

For the stock market of most of the largest inteational oil and energy giants, 2021 has been a very successful year. The most profitable investments in the stock market in 2021 were the shares of ConocoPhillips, which rose in price by 82% over the year, Gazprom Neft (growth by 70% over the year), and ExxonMobil (growth by 47%). The top five most profitable oil stocks in 2021 also included Chevron shares (up 39%).

The rapid growth of ConocoPhillips shares was primarily associated with the completion in early 2021 of the acquisition of the American shale company Concho Resources and the consolidation of its financial results in the financial statements of the inteational oil giant, while the high profitability of Gazprom Neft shares was caused by the successful sale of a 50% stake in the capital to LUKOIL subsidiary, as well as work on large projects in the field of capturing CO2 emissions and green energy.

Equilibrium of Supply and Demand

The Energy Information Administration (EIA) of the US Department of Energy predicts that oil production will fully recover to 2019 levels only in the second quarter of 2022. By the end of 2022, demand should be expected to recover at pre-pandemic levels - about 100 million b/d. It is expected that in the 1st quarter of 2022 the average price of Brent oil will be about $75 per 1 barrel, by the 4th quarter it will drop to $70 per 1 barrel. This article does not constitute investment advice.