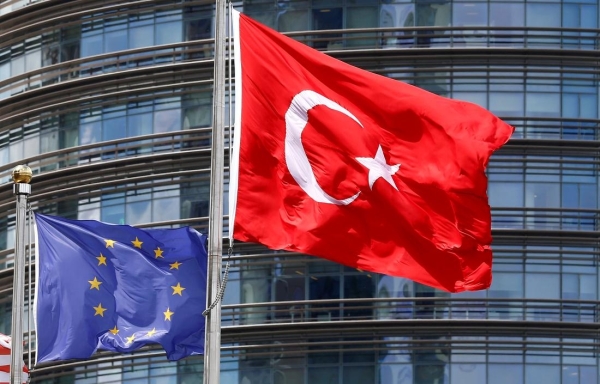 The demand came at an event in Brussels which featured several high level speakers on the issue of EU-Turkish relations.

It was organised by an EU-funded project which is designed strengthen civil society dialogue in the area of migration and security between the EU and Turkey.

Turkey, the event was told, has been a close EU ally, especially within the framework of NATO, since 1952, contributing to security operations, peacekeeping missions and efforts toward combatting piracy and terrorism.

Ankara is also expected to make a substantial contribution to European energy security and potential energy projects. Participants agreed that such strategic ties now need to be translated into better relations between the EU and Turkey, especially following recent divergences with regard to Syria, Libya and the Eastern Mediterranean.

All agreed on the need to develop cooperation mechanisms and to seek common ground in order to resolve existing problems and to tackle shared challenges, such as increasing migration flows.

Brussels-based NGO, Dialogue for Europe (DfE), in cooperation with the Ankara-based European Union and Global Research Organisation (ABKAD) organised a debate to discuss ways of strengthening such cooperation.DfE, in partnership with ABKAD, is currently implementing a project called "Strengthening Dialogue between the EU and Turkey in the Area of Migration and Security". The project is funded by the European Union under "Supporting Civil Society Dialogue Between EU and Turkey Grant Scheme".

Event moderator Eli Hadzhieva, Director of Dialogue for Europe (DfE) said dialogue and negotiation are key to ease tensions and increase convergence in the area of foreign, security and defence policy between the EU and Turkey and the civil society has a crucial role to play to boost cooperation instead of hostilities.

She said, “In 2008 when I came to Brussels, I dreamt of Turkey becoming an EU member state. Fast forward and a glimmer of hope remains for EU-Turkey relations and, on this, civil society has a key role to play. But one thing is clear: the two sides must work together, something that became obvious in the migration crisis.

“But this is not the only area of cooperation both sides can benefit from. They must strengthen dialogue and cooperation in defence and security. This might prove challenging given current divergences as well as issues related to fundamental rights and freedoms. But imagine the alternative scenario for the EU and Turkey.”

Currently, she noted that there are 100,000 Russian troops on Ukraine’s border and this threatens the stability of both Turkey and the EU.

“So, at this critical time it is high time that both sides, the the EU and Turkey, find ways of increasing cooperation, including in energy.”

“This project aims to give a voice to civil society and engage in dialogue.”

Opening the debate, Polish MEP Ryszard Czarnecki, Chair of the EU-Turkey Friendship Group in the European Parliament, noted that apart from being the EU’s 6th largest trading partner Turkey has been a staunch ally of the EU in defence since 1952, when the country joined NATO.

He said, “Civil society has an important role to play in raising awareness about the positive aspects of migration and bringing the two sides together. I have worked on EU-Turkey relations for many years and strengthening cooperation in defence and security is becoming of crucial importance and can help prevent future humanitarian and refugee crisis such as the one we saw in 2015.

“Since then we have seen irregular migrant crossings from Turkey to the EU.

“These long standing ties should now be translated into firm action which has been hampered by recent developments in the eastern Mediterranean.”

Looking ahead, he added, “We should seek inclusivity and more constructive approaches because the cost of isolating a long time partner and ally, Turkey, should be carefully considered by the EU and member states.

“At the same time Turkey should be a bridge between the east and west while also continuing to respect values.

“Fruitful cooperation in migration could give a new impetus to relations and also the accession dialogue which has been stalled for years.But I do believe that the EU considers Turkey as an important ally and Turkey can also make substantial contribution.”

Another speaker, retired ambassador Selim Kuneralp, former Permanent Delegate of Turkey to the EU, said, “There have been many ups and downs in the EU-Turkey relationship but, to me, there have been three main ups — the completion of the customs union, the Helsinki council and the decision to start accession negotiations back in 2004.

“There have also been many downs and I will not try to summarise all of them but the main thread of the relationship is Turkey’s accession to the EU.

“The EU considers Turkey as an important ally but, because of the ongoing Cyprus problem, relations have since then reached breaking point and have gone downhill. The atmosphere has also changed.At the same time it should also be recalled that Turkey has played a useful role in the Balkans and Somalia.”

He said that some 60 per cent of people in Turkey still want accession but a larger majority also believe it will not happen.

“This paradox is unfortunate and frustrating which is felt everywhere so something needs to be done and, really, it is for the EU to look for a solution. It is in the EU’s interests to have a mutually beneficial relationship with Turkey.

“There is interest on the part of the EU to do more but the question is how to do it? Well, for a start, the EU must convince the Greek Cypriots it is not in their interest to block everything. Otherwise, the status quo, at best, will endure.”

He also raised “the chaotic situation we see in parts of Europe.”

“After Brexit we thought the EU would transform itself into a more harmonious organisation but this is clearly not the case.In Ukraine, the current chaos is even bigger and we do not know who is in charge or what the common position is on Ukraine.

“This is another obstacle for us to work together. But the effort must be made and the first step to break this vicious circle must come from the EU.

Dr. Koert Debeuf, former Editor-in-Chief of EUobserver, also Associate Researcher at the Vrije Universiteit Brussel (VUB) and Research Fellow at Oxford University, said, “The title of the conference is how the two sides can better cooperate on migration and security. This is not just nice but crucial and, on this, Turkey is our first partner.

“The role Turkey now plays and can play in the future is crucial and we need Turkish cooperation in the south Caucasus, for instance.

“We also need Turkey to take away the reasons for migration, that is, war. But the most important role for Turkey in Europe is help avoid a civil war in Europe, including in the Balkans.”

He added, “A more worrying evolution is the trend for growing Islamophobia in Europe.”

Prof. Dr. Haldun Yalçınkaya, Head of Political Science and International Relations at the TOBB Economy and Technology University in Turkey, looked at security threats, such as terrorism, adding, “On terrorism Turkey has done what it needs to do but not the EU.

“For future relations we should use the terrorism issue as leverage to improve relations.

“But, remember, in a year we have elections in Turkey and this is another elephant in the room. For the first time in history migration will be an issue for all parties.”

He noted, “In recent years, the flow of refugees from Syria to Turkey has been a great humanitarian disaster.”

He concluded, “My fear is that we’ll not see accession but there is still room for optimism.

Another participant, Amanda Paul, Senior Policy Analyst at the European Policy Centre (EPC), said, “Turkey is further away from the EU than it has ever been and that is saying something. There has been a big shift in the way the EU looks at Turkey. In some cases it does not even see Turkey as an ally.”

She said, “Turkey is frequently likened to Russia and China although this is short sighted. I believe we should look at the bigger picture which is a world in disarray and also the rise of China.

“We should recall that during the health crisis, Turkey has stood shoulder to shoulder with its allies so increased dialogue is possible in this area (health).”

Looking to the future, she said, “Relations are not going to be a bed of roses but, that said, the two sides share a lot of challenges and Turkey should be an essential ally and partner to meet these challenges. It is about finding the necessary political will and foresight.”