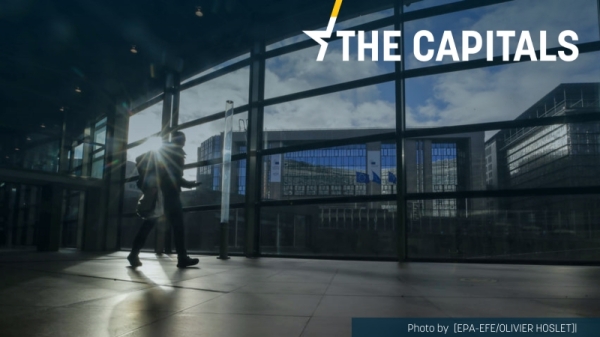 The Capitals brings you the latest news from across Europe, through on-the-ground reporting by EURACTIV’s media network. You can subscribe to the newsletter here.

Today’s edition is powered by Equinor.

The European news you deserve to read. Welcome to The Capitals by EURACTIV.

In today’s news from the Capitals:

The geographical imbalance of EU Commission jobs is on everyone’s radar. Most EU member states are frustrated with the current situation, and the EU executive’s current plans are unlikely to satisfy them, EURACTIV has learnt. Read more.

France lifts most COVID-19 measures. Most COVID-19 measures have been lifted in mainland France as of Wednesday, although some remain recommendations. Health Minister Olivier Véran hopes to scale back the vaccine pass currently in force by mid-March. Read more.

Truss takes hawkish message to Kyiv. Foreign Secretary Liz Truss will visit her counterparts in Ukraine and Poland on Thursday as the UK seeks to cement its position as one of the more hawkish allies of Ukraine. Read more.

Lawmaker calls for referendum to enshrine principle of Irish neutrality. An Irish lawmaker on Wednesday called for the country’s longstanding principle of neutrality in international affairs to be enshrined in the constitution via a public referendum. Read more.

Lithuania proposes non-stop visits of EU leaders to Ukraine to discourage war. A ‘continued physical presence’ of European representatives on the ground in Ukraine over the coming days and weeks could prevent an escalation, according to a letter sent on Tuesday, seen by EURACTIV. Read more.

Most Finns want country’s strict alcohol policy to change. 75% of Finns want wine to be sold in food shops – which are only allowed to sell alcoholic drinks below 5.5% proof – a survey commissioned by the Finnish Grocery Trade Association shows. In Finland, drinks with higher alcoholic content are sold across the country’s 370 Alko shops. Read more.

SNCF breaks agreement with Renfe for railway between Spain and France. SNCF and Renfe, the main railway operators in France and Spain, will no longer be partners in the cross border lines from December onwards. Read more.

Portugal may lift some restrictions, says minister. Portugal may move forward with lifting COVID-19 restrictions as the country has entered a new phase of the pandemic, Health Minister Marta Temido said on Wednesday. Read more.

Polish Constitutional Tribunal holds off decision on EU conditionality mechanism. The Polish Constitutional Tribunal set to review the EU conditionality mechanism linking EU funds’ disbursements with the rule of law decided to postpone its decision indefinitely less than an hour after the EU Court of Justice dismissed a legal challenge submitted by Poland and Hungary. Read more.

Slovak households energy prices stabilised until 2024. Electricity prices for Slovak families will not increase until 2024, the government and Slovenské elektrárne a.s., the largest electricity producer in Slovakia, has agreed. The government claims that the state will enable households to save more than €1 billion. Read more.

NEWS FROM THE BALKANS

Bulgaria looking for ‘green’ and nuclear investments from US. The Bulgarian government has sent a high-level delegation to the US to secure “green investment”, modular nuclear reactors and the import of electricity storage technologies. The delegation is led by the powerful Deputy Prime Minister and Finance Minister Asen Vassilev. Read more.

Croatian opposition slams government’s energy price measures. The package of measures to cushion energy price rises presented by the government has been welcomed by the entrepreneurs’ association, but attacked by the opposition. Read more.

Slovenian Left withdraws motion for referendum on income tax changes. The Left, currently in opposition, has formally withdrawn its motion for a pre-emptive referendum on changes to the income tax act after the government parties indicated the referendum could be held on the same day as the general election, making it a major campaign issue. Read more.

Clear links between Serbia’s Bureau for diaspora and French right-wing extremists. The Bureau for Cooperation with the Diaspora and Serbs in the Region has earmarked around €40,000 for projects of Serb associations in France during the last three years, but the events anf digital platform activities evidence support of right-wing and xenophobic figures, the Vojvodina Investigative and Analytical Center (VOICE) reported on Wednesday. Read more.

US envoy Escobar threatens BiH with sanctions, again. Those who “engage in corrupt, destabilising or anti-democratic behaviour” in the Western Balkans region will face the “consequences”, Gabriel Escobar, the US special envoy for the region said at the US Senate Foreign Relations Subcommittee on Europe and Regional Security Cooperation meeting. Read more.

Albanian PM discusses Ukraine in New York. Albanian Prime Minister Edi Rama met with US Secretary of State Anthony Blinken in New York after participating in a meeting of the UN Security Council of which Albania is a non-permanent member for 2022-2023. Read more.