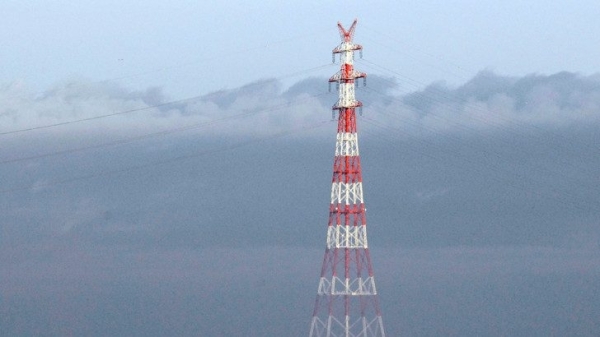 The battle around the inclusion of nuclear and gas in the EU sustainable finance taxonomy shows the importance of EU countries defining their own energy mix, particularly as Europe aims to introduce more intermittent renewables, writes Marc Deffrennes.

The taxonomy saga reinforced the major divergences within the EU on the ideal or possible energy mix in a carbon constrained world, where the EU wants to be a role model.

For energy, it should be based on a sound balance between three pillars: (i) environment protection, (ii) economics & affordability, (iii) security & reliability of supply. One might give more weight to one pillar, but a balance is necessary otherwise it is not sustainable for society.

Environmental considerations need to be handled with the greatest care, but other parameters have to be considered on an equal footing. “Green” is not sustainable on its own.

The “green” lobby is leading the dash for intermittent renewables, reflected at the EU level by ever-increasing targets. But wind and sun are intermittent and require backup installations.

Some dream that massive electricity storage via batteries or hydrogen production (Power to Power, with a very poor efficiency), will be the solution. This dream seems more like a myth.

The dash for intermittent renewables is in fact a dash for gas, as in Germany and Belgium. Each Member State for sure decides, based on its democratic processes, on its energy mix.

But that principle, enshrined in Article 194 of the European Treaty (TFEU) must be fully applied: if a member state decides to rely on zero-carbon nuclear energy instead of carbonised gas, and to limit its use of intermittent renewables for electricity production to a manageable fraction, this should be fully respected.

What a manageable fraction means depends on local conditions. Different studies show that, in Europe, an economic optimal could be around 35%, without even mentioning the technical constraints.

The cost of energy

This brings us to the cost of electricity, made of three components.

The first is the production cost, called the Levelised Cost of Electricity (LCOE), composed of the overnight capital cost of construction and the financing cost, the fuel and operation costs, provisions for waste management.

The second is made of system costs, beyond the production facility, the costs of the electricity system including connections, transmission and distribution costs, but also the flexibility and balancing costs, which are particularly important for intermittent renewables.

The last component is made of external costs, social and environmental cost.

Until recently, only LCOE has been used to compare the cost of electricity production from the different sources. To allow a fair comparison, one must take all costs into account.

The cost of intermittency (inter alia the cost of the backup, including CO2 costs if fossil fuels are used) needs to be attributed to the LCOE of intermittent renewables and not hidden in overall system costs.

The deployment of intermittent renewables in Germany is costing the country around €500 billion over 20 years, without even counting the cost of backup technologies. It gives us an idea of the economic and social impact of such a dash for renewables if it were to be imposed at the EU level.

The next issue hindering the application of Article 194 of the Treaty is the electricity market, launched in the 1990s and strongly promoted at the EU level.

The promise was to reduce the price of electricity. After 30 years of piling rules over rules, the market is not working. And the original concept of the electricity market became further flawed when intermittent renewables came into the picture: a system mixing small decentralised intermittent facilities, having priority access, with large centralised dispatchable facilities, simply cannot work properly.

Today the price does not reflect the true cost. Consumers have no idea anymore of what is behind their bills. It is too complex and there are too many hidden interests.

It is high time to reform the electricity system in Europe and to provide long term perspectives on its functioning in a stable and healthy way, integrating the principle that electricity is a common good and not a commodity.

This might best be done under the control of the State, which bears responsibility towards its citizens-consumers-taxpayers. And this reformed electricity system must respect the principle of Article 194.

This is not anti-European. The taxonomy revealed the deep divide between the green pro-100% intermittent renewables, the pro-nuclear and the pro-gas.

Pursuing without allowing the full application of Article 194, brings a much greater risk for the cohesion of the EU. This, necessarily, implies a reform of the European electricity system.

Energy was at the core of the creation of the EU. It should not be a source of deep divide. Energy is the blood of the economy. The time has come to go beyond the green dogma, and to take full grasp of the sustainability of the European society, for the wellbeing of the European citizens. Time is at stake, and with other parts of the world moving ahead, it is also a true geopolitical priority.