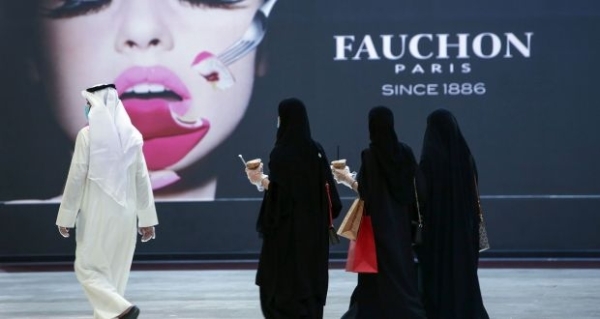 Kuwait’s constitutional court has overturned a law that authorities had used to prosecute transgender people, saying the statute violated Kuwaitis’ right to personal freedom. Activists hailed the decision as a landmark for transgender rights in the Middle East.

The law, known as Article 198, had criminaliwed “imitation of the opposite sex”, giving Kuwaiti authorities free rein to stop, arrest and prosecute people whose appearance did not match the gender marked on their official identification card.

Transgender Kuwaitis and Kuwaiti activists say that the police often detain transgender people at security checkpoints after inspecting their papers, sometimes for little more than a man having what the officers consider a feminine voice. During interrogations, they say, the police often sexually harass or physically assault them and then jail them.

Wednesday’s ruling stood out as a rare advance for sexual rights in a region where being gay or transgender, if not expressly against the law, is usually treated as such. In most Arab countries, traditional attitudes about gender norms merge with strict religious beliefs to make sexual variations largely taboo.

As a tiny, oil-rich city-state in the Persian Gulf with slightly more open politics than its authoritarian neighbours, Kuwait is not necessarily a bellwether for the region’s sexual freedoms. Still, Lynn Maalouf, Amnesty International’s deputy director for the Middle East and North Africa, welcomed the ruling as a “major breakthrough”. But she called on Kuwait to ensure the law was fully repealed and to end the practice of arbitrarily arresting transgender people.

“Article 198 was deeply discriminatory, overly vague and never should have been accepted into law in the first place,” she said in a statement on Wednesday.

The law was passed in May 2007, when Kuwait’s National Assembly amended the penal code to criminalise “indecent” gestures in public and impersonating the opposite sex, punishable by a maximum of one year in prison and a fine.

Thirteen years later, it touched off a controversy beyond Kuwait’s borders when a Kuwaiti transgender social media influencer posted a series of Snapchat videos accusing police officers of arbitrarily detaining her for seven months in 2019 under Article 198. She was held in a men’s prison, and officers raped and beat her, she said.

“All this because I’m trans?” the woman, Maha al-Mutairi, cried in one of the videos, accusing police officers of repeatedly abusing her for “imitating the opposite sex” even though she had tried to bow to their demands by cutting her hair short, binding her breasts and dressing in a dishdasha, the traditional white robe worn by men in the gulf.

“God made me like this,” she said. “I wish that I felt like a man deep inside. I’d pay all the money in the world to feel like a normal man. Why would you do this to me?”

The videos earned al-Mutairi a summons from authorities. But they also spurred some Kuwaitis to defend her and drew international condemnation of Article 198.

Yet in October, citing Article 198 as well as a telecommunications law, a court sentenced al-Mutairi to two years in prison and a fine. She is now, again, being held in a prison for men, Amnesty International said.

But al-Mutairi’s case, as well as those of many other transgender Kuwaitis, helped galvanise transgender activism in the country, and the constitutional court agreed in December to hear a challenge to the law.

Transgender rights are not nonexistent in the Middle East. Islamic authorities in Egypt and Iran issued fatwas in the 1980s authorising transition surgery. And though transgender people are not specifically mentioned in the Koran, some Muslim religious scholars have suggested they are simply born in the wrong body.

Discrimination is also rampant. Because transgender Kuwaitis have no way of changing their legal gender, most have trouble accessing healthcare, housing, jobs or services requiring their identity cards.

Many transgender women dress like men and hide their hair to evade scrutiny but still face arrest simply for having feminine-sounding voices or smooth skin, according to activists, transgender women and research compiled by Human Rights Watch.

Thirty-nine of the 40 transgender women Human Rights Watch interviewed in Kuwait in 2011 reported having been arrested under Article 198, some as many as nine times.

Shaikha Salmeen, a lawyer and activist who worked on al-Mutairi’s case and the campaign against Article 198, said Wednesday’s ruling was a step “in the right direction”.

“It was unconstitutional, and no one can doubt that,” she said, adding that she still anticipated a backlash from conservatives. “Their fight back is going to be vicious for sure.” – This article originally appeared in The New York Times