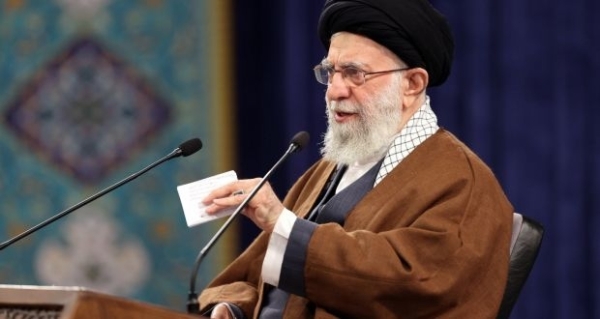 Dismissing claims that Tehran intends to build nuclear weapons as “absurd and senseless”, Iran’s supreme leader Ayatollah Ali Khamenei has declared that Tehran will continue its development of “peaceful” nuclear capacities to provide nuclear energy while the world is “increasingly reliant on nuclear power”.

The ayatollah’s remarks on Thursday coincided with an interview by Minister for Foreign Affairs Simon Coveney who, as UN Security Council facilitator, met on Monday in Tehran with Iran’s foreign minister Hossein Amir-Abdollahian and President Ebrahim Raisi to discuss critical negotiations on an agreement for limiting Iran’s nuclear programme in exchange for the lifting of sanctions.

“We are, in my view, very close to a deal,” Mr Coveney told CNN. “The Iranian foreign minister and the Iranian president made it very clear to me that they want a deal but, of course, they are driving a very hard bargain.”

He said that “Iran is looking for a guarantee” that the deal would not collapse as did the 2015 agreement that was “trashed” by former US president Donald Trump, who also imposed a “maximum pressure” sanctions policy.

Iran’s chief negotiator, Ali Bagheri Kani, confirmed the sides were “closer than ever” to reaching an agreement while observing that “nothing is agreed until everything is agreed”.

European mediator Enrique Mora has been formulating a compromise package of measures to return the US and Iran to compliance. The likely target date is March 7th, the date of the board meeting of the International Atomic Agency (IAEA).

According to media leaks, re-entry would begin with the US releasing $7 billion in Iranian funds blocked in South Korean banks and Iran suspending uranium enrichment above 5 per cent purity. This could take one to three months.

The US would then lift sanctions and provide waivers for Iran to export oil freely while Iran would limit enrichment to 3.67 per cent, export stockpiles over 300kg, put into storage advanced enrichment centrifuges and grant UN inspectors full access to nuclear facilities.

The process would be crowned by Reimplementation Day, modelled on the original January 16th, 2016, Implementation Day when the IAEA certified that Iran was in full compliance, triggering an end to international sanctions.

This time Iran insists that there should be verification of both sanctions relief and Iran’s return to the deal, and assurances that the US would remain committed to that deal.

Iran’s foreign ministry has warned that opponents seek to undermine the deal by issuing “misinformation”. It was reported the release of four dual US-Iranian citizens detained in Iran would take place during the initial phase, but Tehran rejected this possibility and said it was a separate issue.

While the US said there were parallel talks on prisoners, its head negotiator, Robert Malley, declared Washington was unlikely to re-enter the deal unless the four were freed.