Putin to oversee nuclear drills on Saturday amid heightened tensions 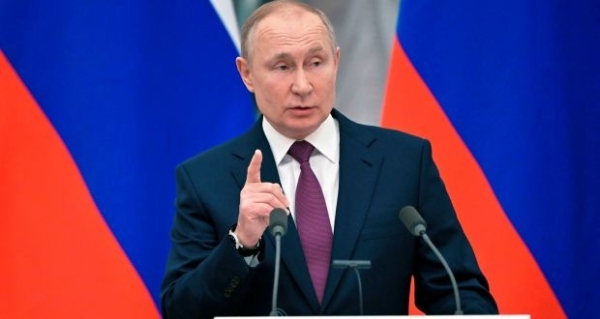 Kremlin spokesman Dmitry Peskov denied the exercises signalled an escalation of the stand-off with the West. Photograph: Sergey Guneev/Sputnik/Kremlin Pool via AP

Russian president Vladimir Putin will oversee exercises by Russia’s nuclear forces on Saturday involving the launch of ballistic and cruise missiles, the defence ministry said, in its latest show of strength at a time of acute tension with the West over Ukraine.

Kremlin spokesman Dmitry Peskov said the exercises were part of a regular training process and denied they signalled an escalation of the stand-off. He said Mr Putin’s role was essential, and the president was likely to take part from a “situation centre”.

The drills follow a huge series of manoeuvres by Russia’s armed forces in the past four months that have included a build-up of troops – estimated by the West to number 150,000 or more – to the north, east and south of Ukraine.

Mr Putin and other top officials frequently refer to the fact that Russia, together with the United States, is one of the world’s leading nuclear powers.

The defence ministry said the drills would test the readiness of military command and control, combat crews, warships and strategic missile carriers, as well as the reliability of strategic nuclear and non-nuclear weapons.

Russia’s strategic rocket forces number 50,000 personnel out of its overall active military forces of 900,000, the International Institute for Strategic Studies said this week in its annual Military Balance report. It said their technology had been significantly upgraded over the past six years. – Reuters